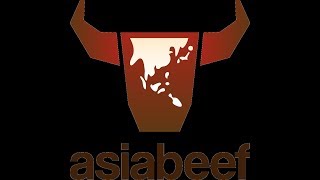 The story starts back in 2010, when we had decided that Indonesia was a good to invest in. The reason behind it is that the market was there, the meat prices were attractive and the country imported so much live cattle and frozen meat that the Indonesian government had to do something, otherwise it would go broke someday. And, above all, the government offered us land concessions in exchange for our investment and expertise in the cattle business.

The macroeconomic factors were good, the country was growing and the middle class was expanding. This meant that the demand for beef would only increase in the decades to come. If we compared the data of beef comsuption between Indonesia and developed countries, we would find a giant gap that is to be filled. Indonesia per capita consumption of beef per annum is less than 3.6kg, while the average in developed countries is 50kg and in southeast asia, around 15kg. Therefore, everything made sense back then and it does even more today.

Following our plan, in 2012, we travelled to several regions and islands in Indonesia. Finally, we decided that Sumba had a good potential in terms of having met all our requirements, even though we had not yet found a specific land with a deal that was good enough for us. We had been offered a few prospects at that time and we have also had the taste of failure. First, there was a land that we were offered and it was supposed to be 5.000 hectares of land. After doing our survey and gone through a few burocratic steps, including socialization with the local people, we came to find out that the land was only 800 hectares.

After that disappointment, we moved to another land. This time, everything was going well. The land size and the location permits were all issued and we were good to go, only to find out that the local people were not in harmony with our investment plans. Some people claimed that we were there for gold mining. Yes, I know it is absurd, but it was our mistake for not having dealt with the local people as the first step, even though I still ask myself where did the idea of the gold came from. There are rumors, though. You can ask me about it in person.

Finally, we fast forward the story to October 2014, when we first heard about the availability of this land in East Sumba where we are currently developing. The land was owned by a local king and we would not face social problems after having a deal with him. So, we surveyed that land and struck a deal with this local King, Umbu in their language.

After having a deal with him, we still had a long way to go. Getting a land certificate issued is not an easy task in Indonesia. The whole process started in beginning of 2015 and it only finished in June 2016, after 18 long months of bureaucracy.

Finally, we were able to start the operations, not without challenges. Mainly, it has been a learning process on how to deal with the lack of infrastructure and totally unqualified workers. For this, I quote Albert Einstein: "In the middle of difficulty lies opportunitiy." Now you know how everything began.